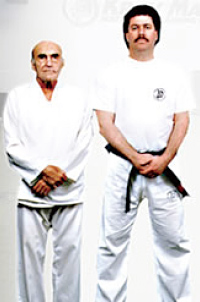 The seeds of the unique Krav Maga Self-Defense System were planted back in the late 1930’s in Bratislava, Czechoslo-vakia by a young man named Imi Lichtenfeld. Imi was a natural athlete, holding European championship titles in a variety of sports, including boxing, wrestling, and gymnastics. It was from his father, however, a famous and highly respected police detective and trainer, that Imi learned street fighting skills that he would use to save his own life and those of his neighbors on the rough streets of Eastern Europe. 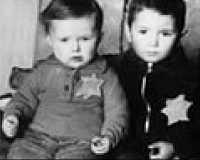 Prior to World WarII, Imi was fortunate enough to escape from Eastern Europe. He arrived in the Middle East and began fighting for the independence of Israel. Shortly after the formation of the fledgling State, Imi was handpicked by the government to create a practical, highly effective self-defense and hand to hand combat system for the military.

Keenly aware of the differences between sports competition and street survival, Imi developed the Krav Maga System, which was initially taught only to the Israel Defense Forces, National Police, and Secret Service. Because of its incredi- ble effectiveness, Krav Maga has since spread to the civilian population and is now taught throughout Europe, Scandinavia and the United States.

And now, Kokushi Matsumoto ( Japan Chief Instructor of Krav Maga ) who trained Krav Maga in many countries, including Israel, United States and Europe, and was certified as an official instructor then, came back to Japan in 2002. He established Krav Maga Japan in 2003 and is devoting himself to spread Krav Maga in Japan.

To educate and build people mentally, spiritually, and physically so that in a time of need one will be able to defend and attack with maximum speed and efficiency.

To educate and build people mentally, spiritually, and physically so that in a time of need one will be able to defend and attack with maximum speed and efficiency.
To establish in one a sense of self-worth
To work toward the bringing together of hearts and ending violence around the world, between all peoples, irrespective of color, race, or religion.
Imi Lichtenfeld
Grand Master
May 1910-January 1998